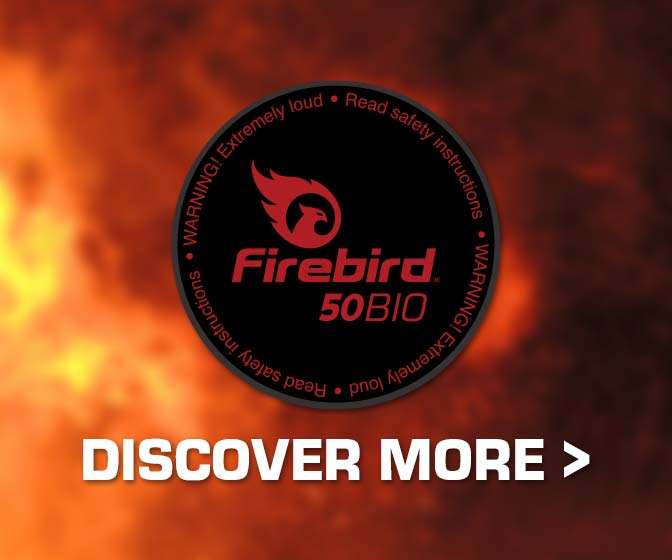 Over on the Air Gun Nation forums, a user shared a funny story and video about how they pranked a friend using Firebird Targets.

Our friend Brad is relatively new to airguns so we give him a pretty good rash of shit..

He asked us after our last shoot to come up with a way to strike a match and light a smoke bomb, hence the Root Goldberg approach..

I took an older , shot up Sig Target , removed some arms to get it counter balance swing, put 3 strike anywhere matches around the fuse of the smoke bomb and attached to one of the arms.

Made prop up stick to shoot out from under the arms to allow it swing striking the matches on a 2×4 ..

The key to the prank was to install a Firebird in the prop stick, Poor Brad never knew what hit him as you will see in the video below.

Quite a surprise Brad had in store for him, for sure! Of course, we always want to make sure everybody is using Firebird targets in a safe manner, but the shock of a Firebird detonation is always fun! Because Firebird targets are small and easy to use, you can find all kinds of ways to hid them down range. Try hiding one behind a paper target or concealing one in the bullseye down range and watch the surprise when the shooter pops one off!

Have you surprised a fellow shooter with a Firebird Target? Show us your video or tell us about your experience in the comments!

Shooting Firebird Targets Behind the